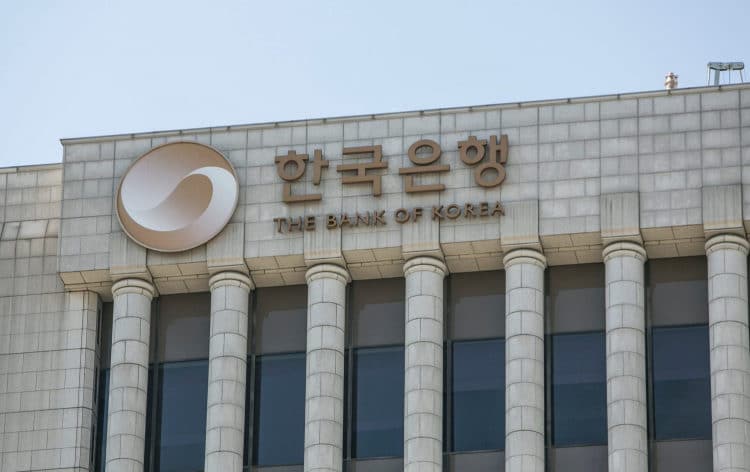 Recently, some of the leading dealers in Korea have said that they are suspecting that the Central Bank of Korea is buying dollars to curb the won’s gains. Recently, the currency has hovered at an 18-month high, the information was reported by two local currency dealers in Korea.

As the dealers are saying, one of the main reasons for it is to curb the KRWs gains. Previously, the Minister of Finance of Korea has noted that the country is ready to take action in order to stabilize the currency markets if there is a need for it. As of today, it is the Central Bank of Korea that is monitoring the Forex market in the country.

In an interview that the Finance Minister had recently, he hinted about intervening in the local foreign currency market. According to the things that he has said, this is some type of a pre-emptive measure for the government of the country to liming swings in the value of the national currency of the country, which was recently hit by supply and demand mismatch as the market continues huge volatility.

Experts have been claiming that this possibility is some type of response of Kore to the local currency being rapidly strengthened against the US dollar. This strengthening took place last month, which has caused major concerns for many firms in the country. The concern is especially high for manufacturing companies.

Sustained strengthening of the won against the dollar would drain the competitive advantage of Korean export industries, resulting in a tightening of domestic demand, an awful mix that would frustrate the prospect of the much-anticipated economic recovery.

The fear of deflation, an overall fall in general costs of goods and services, is also fueled by the dollar losing value, a lingering problem expected by analysts and policymakers amid a recent rebound in commodity prices to the 1 percent mark over the past six months. The local currency of Korea closed at 1,131.9 won, a 10-month high on Wednesday, after reaching 1,130.1 won on March 22. In October alone, it sold at 1,133 won to the dollar on Thursday, extending a one-month increase of 24 won.

South Korea is aggressively reviewing its Forex laws in an unpredictable global market situation created by Covid-19. The rapid measures taken by the Bank of Korea (BOK) and other financial regulators during the crisis helped to avert the spread of the initial market panic. Also considering the won’s exchange rate against major currencies, the country’s good ties with the U.S. and China have also helped to balance its financial market.

Because of this, in South Korea, many FX brokers are willing to deliver commission-free trade executions. Since South Korean investors can conveniently enter the Asian trading session in the center of 3 huge Forex exchanges, Japan, Singapore, and Hong Kong, those who want to trade FX in the country have a lot to choose from. South Korea is also a wide-open platform for international alternative investments such as the green market, a versatility that helps strengthen the won.

The country is known to be monitoring the Forex trading market a lot. This is further proven by the statement of the Finance Minister of the country Hong Nam-ki, who said that the government was very closely monitoring the foreign exchange market in the country. He also noted that if needed, the country was ready to take measures to stabilize the market in Korea. The statement was followed by won gaining a lot in pairs with USD. The currency pair bounced-off 18-month lows of 1,130.61, and os of now is traded at 1.134.10.