CySEC says some firms are not clearly mentioning investment risks 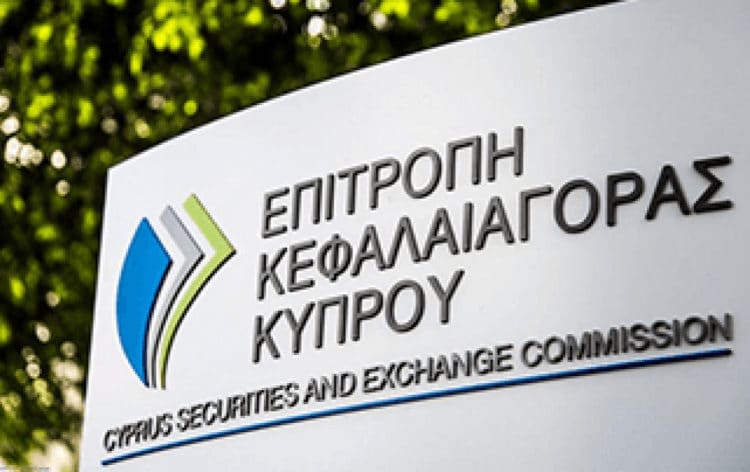 The Cyprus Securities and Exchange Commission, CySEC, which is the main financial regulator of the country, has recently published results of a special review conducted to measure the compliance of the regulated brokerages to the local laws. As the results indicate, there are various cases with a number of companies, including Forex and CFDs brokers that are violating the local laws.

The regulatory body highlighted that several companies that were operating under the Cyprus Investment Firm, CIF, license are not specifying the severity of risks of the offered financial instruments. All of these laws are mandatory for all regulated companies that own the license of CySEC, and violating them might be followed with fines or even cancelation of the license.

The statement also shows that there are many companies that are not providing a proper annual compliance monitoring program. Also, according to the statement, there have been several instances where the identification of risks and monitoring priorities of the compliance function were very vaguely determined.

How do CySEC regulations work?

CySEC is one of the best-known regulatory agencies around the world. Since Cyprus is an EU-member state, financial companies authorized in the country are eligible to offer services to the whole region. Because of this, Cyprus is home to many Forex brokers as well as other financial services companies.

Because of the low entry barrier, CySEC has become a perfect destination for a number of Forex brokers around the world. In fact, many of the Forex brokers based in the UK have decided to move to Cyprus after Brexit to continue offering European traders services. That said, although CySEC is a very popular regulatory agency, there are many who have complained about Cyprus-based brokerages.

That said, CySEC is slowly but surely becoming a very strict regulatory agency, especially when it comes to overseeing the regulated companies, and has flagged, fined, and blocked numerous companies in recent months and years for violating local trading laws.

In the statement that was published on Wednesday, the regulatory agency also focused on some positive practices. It also noted that all of the regulated brokers under the CIF license should consider the issues raised and try to follow the regulatory laws strictly.

“The Review identified that certain good practices have been implemented. It has also uncovered common deficiencies and/or omissions that CySEC wishes to highlight to all Regulated Entities, aimed at helping them to increase the effectiveness of their compliance function, despite the fact that the Review covered only a sample of them,” reads the statement published by CySEC.

In recent years, the regulatory agency has become more active. CySEC is working a lot harder to identify financial scams in the region. Recently, it has blocked several companies for violating local laws regarding Forex trading and other financial services.

The regulatory agency is very active online and regularly posts about the decisions that it has made about different types of brokers.