EU to withdraw from Brexit talks if UK won’t compromise 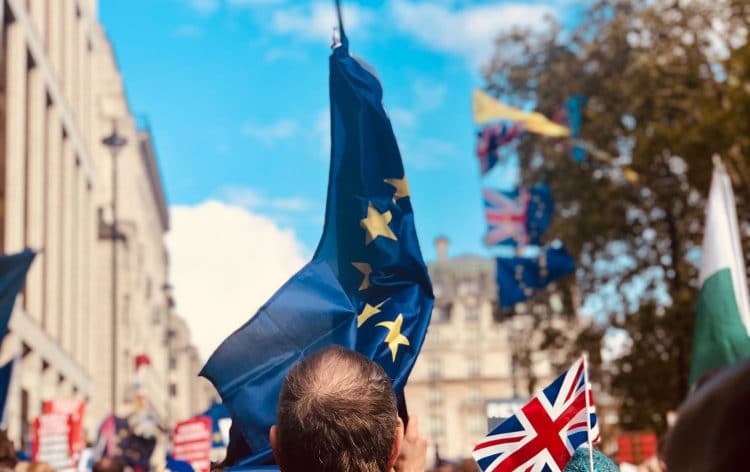 The chief negotiator of the EU in the talks between the European Union and the UK, Michel Barnier has recently said that there will not be any point in further talks if the United Kingdom is not ready for comprise. He said that if there is no negotiating shift within the next 48 hours, he is ready to pull out of the Brexit negotiations in London.

This would push the talks into a new crisis. There was a special talk between the EU and UK representatives recently, where they discussed the current situation of Brexit, and Barnier told his British counterpart that there would be no point in continuing further negotiations if the United Kingdom is not willing to compromise on the outstanding issues. This would be one of the most dangerous moments for the talks. Also, in 36 days, the transition period should be over.

The outcome of the statement of the EU representative is very hard to predict. Some experts are saying that it can put enough pressure on the Prime Minister of the UK to give their representative negotiating instructions. On the other hand, there also are some experts who claim that it might also take a whole different turn.

There are many people in the UK’s party who believe that no deal is the better outcome, and they might use this situation to put more emphasis on the no-deal outcome.

Also, the European commission president also noted that the EU was ready to b creative to get a deal with the UK, but she also noted that there is very little time. As for now, physical talks are on hold as a member of the EU negotiating team tested positive for coronavirus. Barnier is due to head to London on Friday to talk about the agreement once his coronavirus test is negative.

How is it affecting the economy?

Recently, it was said that the financial sector in Europe has already reached its peak uncertainty regarding Brexit. As of now, leading regulators and banks are looking for some type of outcome, as there are only about 36 days left before the end of the transition period.

As of now, both sides are refusing to give ground on vital issues and financial services which have been left outside of the scope of Brexit talks. Because of this, many claims that they are afraid that there might be a lack of clarity regarding the financial services after the Brexit, which could lead to market dysfunction and inflated costs for clients after a year in which coronavirus has already taken its toll.

Leading Forex brokers in the region are claiming that the demand on both, EUR and GBP are changing every day, and how the trading market would look is also very hard to predict if there is no deal. Over the last few months, the financial services industry has been very much left out of the trade talks that have been taking place for a long time now between the EU and the UK.

However, this industry is very important for both European and UK economies. Over the course of the talks, the EU has rejected the proposal from the UK to include a detailed financial services chapter, which covers issues like regulatory co-operation. In any trade deal, some experts are saying that the UK might be trying to retain market access by some type of a back door.

Recently, the governor of the Bank of England notes that the no-deal Brexit will do far more damage than the coronavirus had. If the UK leaves the EU without a free trade deal, the long-term impact on the economy of the United Kingdom will be far worse than the one of the current ongoing pandemic.

This was by Andrew Bailey, the Governor of the Bank of England two days ago. As of now, the time is running out for both of the sides to come up with an agreement on a deal and put it into legal text before the UK drops out of the EU trading rules.

This will happen on December 31. There have been months and months spent by both sides discussing issues such as fishing rights, however, the final decision is still not in place. It is a fact that the no-deal outcome would negatively affect the UK more than it would the EU member states.

If there is no deal, it would cause huge tariffs imposed on goods sold between the UK and EU starting from January 1, 2021. This would end up making a range of food and everyday items becoming more expensive. This added to the current coronavirus pandemic, could create a very dangerous situation for the UK.

Recently, US President-elect Joe Biden called on Boris Johnson to finally get a Brexit trade deal with the European Union. Biden said that he had talked with the UK Prime Minister, the government of France, and many others. The United Kingdom has left the EU on January 31, and right now, the EU and UK are in a transition period. The period expires on December 31, even if there is no deal in place.

However, time is very much running out. If there is no deal soon, it could mean that there will be a huge crisis in the region, both in the EU and in the UK. However, the UK will be in a far worse situation. The current coronavirus pandemic crisis added to this could create a very hard situation for the people of the country. The recent remarks of the EU representatives saying that there might be no point in continuing talks creates further questions.

How can Covid-19 vaccine influence the Forex market
December 3, 2020