Home - News - Financial markets are changing and not for the best
News
by Gerard on June 22, 2020

Financial markets are changing and not for the best 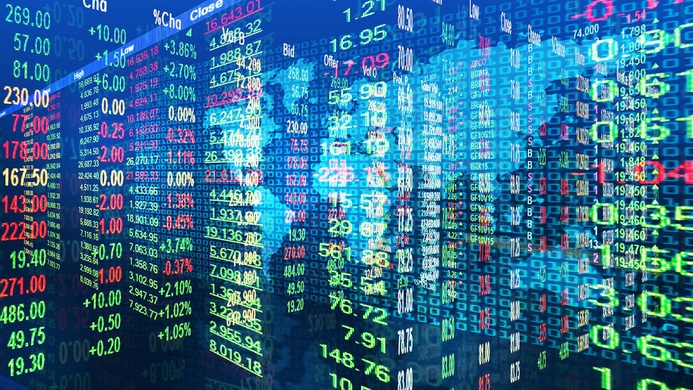 The global economy has gone through a massive transformation throughout the past few decades. It is safe to say, that the economic flows are nothing like they used to be not long ago. We often fail to notice how much our own day to day lives have shifted along with the revolution of the technological sphere, impacting almost all industries.

Today, more than ever before, we are dependent on digital technology. Practically every regular operation we perform on a daily basis is based on the global web and hardware devices all of us own. At first, digital technology was not as impactful and modern approaches were taken by only some of the bravest companies.

A few decades on, we can say, that companies that started digitizing their systems at the early stage are now some of the most successful and recognizable businesses. More so, individuals who invested their time and energy into exploring digital technologies really ended up at the top of the world. Steve Jobs, Bill Gates, and others would be great examples of how innovation can benefit all of us individually and collectively.

These days, technological developments are creating not only personal stories of self-made billionaires but are contributing to the process of taking millions out of poverty. With technological advancements within the financial industry, a soaring number of people receive access to services they would not have reached otherwise. This increases social mobility globally, giving more opportunities to people without access to various services.

The transformation of the financial sector

The financial industry has long been one of the most traditional ones, avoiding the use of digital technologies and smart devices. Even back in the 1950s, when the first credit card was introduced, it failed to find any success whatsoever. This was primarily due to the lack of trust from the customers. Virtual money was hardly a thing back then and the population used to cash, did not have any reason to believe in credit cards. Nevertheless, regular people were not the only cause credit cards failed to gain momentum roughly 7 decades ago. Businesses within the financial sector were rather skeptical as well. They feared to adopt the change and decided to reject the idea.

Despite the harsh initial defeat, plastic cards started coming back in the 1990s, often dubbed the name of the jet and credit cards era. The soaring number of international holidaymakers, and travelers in general, sparked the necessity of a more global approach to finance. Plastic cards, operational in practically every nation, were just the right choice.

The digital technology evolution also touched the trading area. Forex markets were transformed into something never seen before. Today, the nature of Forex market is quite drastically different from when George Soros was starting off. Pretty much everyone can access trading platforms with millions of users through the internet. In many cases, not even a dedicated software is needed to start trading. Just a little investment sometimes causes return hundreds of times larger.

Naturally, the case is very similar to commercial banking. Credit and debit plastic cards are gradually becoming a story of the past. The entire world is moving forward, trying to curb the use of cash as much as possible. Many frontrunners like the nordic nation of Sweden are already planning to form the world’s first completely cashless society in the foreseeable future.

With the introduction of mobile and web banking, the number of physician bank branches is slowly starting to fall. A diverse range of financial operations is easily doable by simply scrolling through the mobile application or with a simple click on the trackpad. Many commercials banks now realize, that equipping people living in rural areas with smart devices and access to the internet is a much easier task than building and maintaining new bank branches. That is why practically all commercial financial institutions now invest in digital technologies, whether it is for their own projects or not.

What has changed in financial markets? What is the impact of digitalization?

Yes, the financial industry, along with all markets have drastically and visibly changed. We do not see any more landline telephone wires at stock exchanges, but rather computers, smartphones, and other digital devices, capable of connecting the world within a matter of minutes.

This has given many people access to financial resources and the ability to be engaged in financial markets. However, on a more profound level, it has completely shifted the way the financial markets operate. Today, millions of people are involved in Forex trading and other market activities. Many have accumulated immense powers and influence over the entire sector, but particularly over the individuals aspiring to become successful in the field.

Unfortunately, due to the minimally regulated character of many niches of the financial markets, oftentimes, a statement of an influential figure overshadows the actual, natural change of the market. The financial industry is more dependent on personalities now than ever before. The late coronavirus pandemic and the reaction of the financial market were a great, visible example.

President Trump’s statements had a bigger impact on the shift of the S&P 500, along with other influential indexes than the actual change of the gross production or the spread of the coronavirus infection into the United States. This new way of functioning is also supported by social media and the immense public presence it has. The news spread from one part of the world to another faster than ever before. Within a matter of seconds, the story happening in the UK can break the headlines in Seoul. This fluidity of information on a global scale has an immense impact on how financial markets function in the 21st century.

Are these changes good or bad? The answer is rather complex. One could argue that the faster reaction of the financial world to news and events happening globally is a positive thing. It ensures a more realistic pattern of the industry whilst guaranteeing transparency. However, it might often exaggerate the events and their impact on the lives of average citizens. Therefore, the new order of the financial world should be put in an individual context of a certain country, event, and figures, before judging whether the change we are witnessing is good or bad.