Home - News - GameStop had its second best week, gaining over 150%
News
by Konsantine Beridze on February 27, 2021

GameStop had its second best week, gaining over 150% 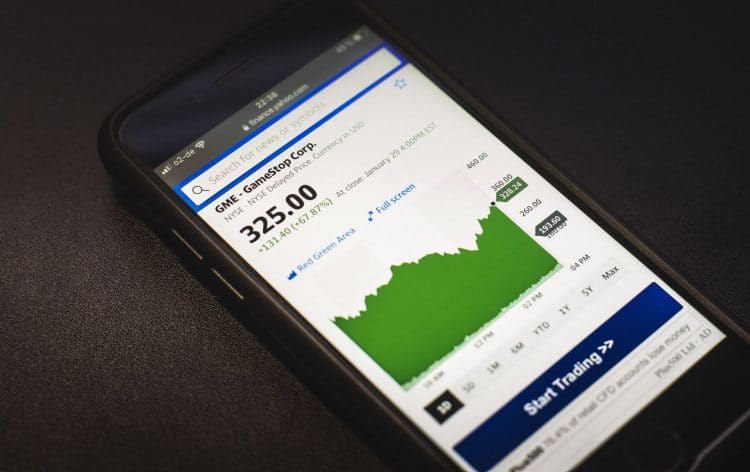 The gain during the week was as much as 150%. It would be a record for any stock in the market, however, for the record that GameStop had in terms of weekly gain, it is not that much. In January, the shares of a company increased as much as 400%. At the beginning of the trading day, as many as 23 million shares were exchanged.

Although it’s a lot, it is not that much compared to Monday’s 90 million shares. The average daily volume of GME shares in the past 10 days was as much as 33.1 million, which is 13 million shares more than the past 52-week average.

The prices of the shares of the company first started increased after an already historic clash between retail investors and Wall Street.

GameStop shares surged more than 140% over the past 2 days, so what’s behind the excitement? @Kr00ney has the details. https://t.co/iX9QKqA1YW pic.twitter.com/LjXVkNzp44

What happened to GME?

At the beginning of 2021, GameStop was among the most shorted companies. Some experts believe that as much as 30% of the available shares of GameStop were shorted. Shoring in finance is a popular term. When Hedge Funds believe that the shares of a certain company are going to decrease in price, they are actively borrowing the funds and selling them at a higher price.

After this, as the price decreases, Hedge Funds are buying the shares, as a result of which, they are making huge returns. The retail traders as Reddit came together to fight against such practice. However, it was not about making money for them, rather, it was a personal thing.

Redditors started buying the shares of GME, which has resulted in increasing the prices of the shares. This had a huge impact on the trading market, as the whole social media was talking about it. The popularity of GME stocks grew even further after many people heard what was happening.

As a result, more people started buying it, costing hedge funds billions of dollars. The steps taken by retail investors were followed by mixed feedback. Some showed their support towards retail traders, while others were calling the ongoing events ‘unacceptable’.

Because of the huge demand for GameStop shares, many brokers experienced outages. Some of the brokers even went as far as limiting access to the shares of the company, which was deemed ‘illegal’ by some retail traders.

Robinhood, one of the companies that limited access to the shares of GameStop is facing as many as 50 lawsuits. It was also announced that several regulatory agencies, including the SEC, which is one of the main regulators of US financial markets, are investigating the steps taken by the company.

Robinhood is a very famous company, which has become very popular over the past several years among retail investors. The main reason for its popularity is that it does not charge commissions on trades. The company representatives said that they are facing as many as four potential class-action lawsuits and at least 46 putative class actions and three individual actions over the trading restrictions.

GameStop was not the only shorted company that retail traders aimed at. There were many others as well, including Nokia, BlackBerry, and many others.