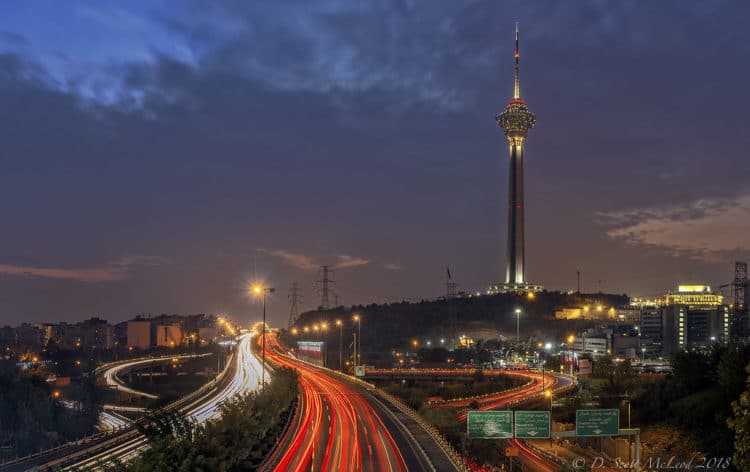 Iran is one of the most significant countries in the Asian region. The country saw great development during the past decades. It expanded its economy, technological industries, and trading markets. In fact, with a population of 84 million people, Iran is in the 22nd place with the GDP in the whole world. Iran net worth 2020 or GDP is over 431 billion US dollars as per last year’s estimates. Interestingly, the country produced multiple billionaires within the last century. These are some of the most influential people in the region. Below, we present you the list of the richest entrepreneurs and famous figures of Iran. 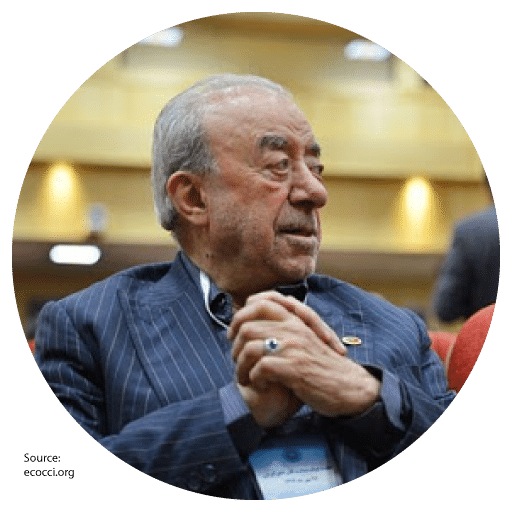 One of the wealthiest names in Iran is Asadollah Agaroladi. He is the biggest business magnate in the country at the moment with significant shares in exports, banking, and real estate. Asadollah was born into a wealthy Iranian family. Everything began in the 1970s. At that time, Asadollah began exporting dried fruits and spices from Iran to many different countries across the world. However, the starting point of the accumulation of Asadollah Asgaroladi wealth was when he became the president of Hasas Co. The company was established back in 1953 as a primary exporting firm of pistachios and various nuts.

Despite the success of the Hasas Co. the main source of Asgaroladi’s fortunes was the deal that he got from currency exchanges. During the 90s, only two exchange rates were available. The official exchange rate of the US dollar was 8000 rials. However, Asadollah’s brother, Habibollah Asgaroladi served as a commerce minister in that period. Therefore, Asadollah managed to get the best deal for the exchanges and acquired USD for 1750 rials. Asadollah Asgaroladi became the richest Iranian in the world as he profited over 300% after selling the USD for the official exchange rate.

After his successful currency trade, Asgaroladi became a famous figure in the business community of the country. However, his brother, as a minister of Commerce, also influenced Asgaroladi’s career significantly. Asadollah was nominated multiple times as a president of multiple international Chambers of Commerce. Notably, he held the presidency for Iran-China, Iran-Australia, and Iran-Canada Chambers of Commerce. Furthermore, Iranian businessman held major shares in three different retail Chinese banks. In 2019, September, Asadollah Asgaroladi passed away. The family announced that the reason for his death was a brain injury. 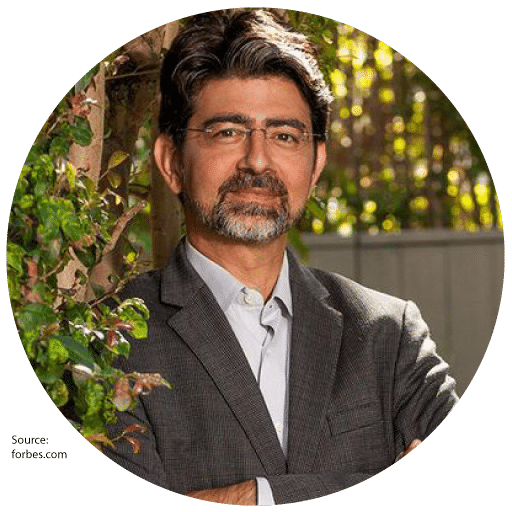 Everyone knows about eBay. However, few people actually know that Pierre Morad Omidyar, an Iranian entrepreneur, and a software engineer is the founder of the company. Even though Pierre is purely Iranian, he was born in Paris in 1967. His parents moved to France way earlier before his birth in order to accomplish their diploma studies. Later, the family relocated to the United States after Pierre was born. His father, Cyrus Omidyar, who as a urologist and a renowned doctor worked at Johns Hopkins University had a huge influence on the career choice of Pierre. He was still in his early teenage years when he got interested in technology. The future richest person in Irangraduated with a degree from the University of California.

After completing his higher education, Pierre Morad Omidyar pursued his career at Claris, which was an Apple Computer subsidiary. He worked closely with the developers’ team and got a lot of experience that he later used to establish his own company. In 1991, Pierre formed his first startup Tech company which very quickly became an e-commerce company. The initial name of the firm was eShop Inc. The company was getting more and more successful, until, eventually Microsoft purchased eShop for around 50 million US dollars. At this point, Pierre owned $1 million.  Pierre got motivated by the success of eShop to write his own code for another online venue.

At the age of 28, Omidyar established the auction site eBay, which got him first place among Iran billionaires. Pierre Morad Omidyar has a total net worth of over 21.5 billion US dollars. 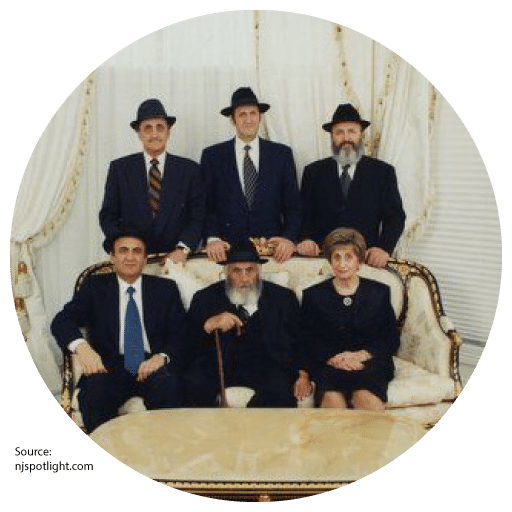 One of the wealthiest families of the century is a notable Ghermezian family. The family comes from a Jewish-Iranian ancestry and is known for the ownership of the largest shopping worlds across the world. The famous West Edmonton Mall, Mall of America, and American Dream Meadowlands, all belong to the named family. However, the business operations of Ghermezins vary significantly, as they have multiple other businesses, as well. Their businesses are held under the Triple Five Worldwide group that is under the direct ownership of the Ghermezian family.

All five members of the family are the richest Iranians up to date. The head of the family Jacob Ghermezian, who passed away in January of 2000, founded the Triple Five Worldwide back in the 20th century. He moved from Iran to Canada in 1964, accompanied by his sons. Nowadays, Eskanadr, Nader, Raphael, and Bahman Ghermezians run the family-owned company and work on multiple different projects. The main occupations of the company include entertainment, real estate, and banks. The ventures are incredibly successful. The three notable malls named above attract hundreds of millions of visitors each year. The main strategy of the family is to think outside the box and always stay innovative and creative.

All Ghermezian family members represent the richest people in Iran and the net worth of the family is over 2 billion US dollars. 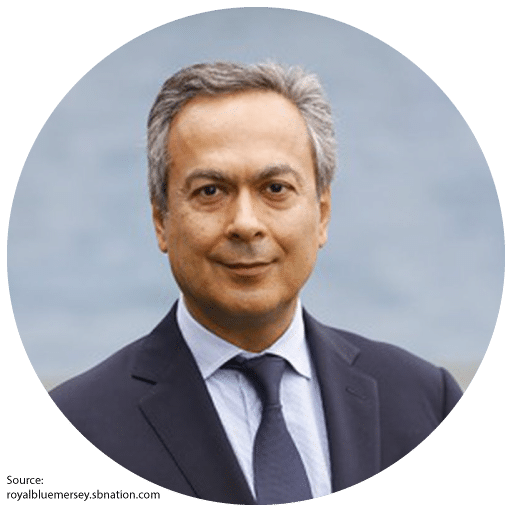 A famous Iranian businessman with British origins, Farhad Moshiri is the fourth billionaire on our list. He has a very diversified business portfolio as a chairman of the Russian holding company USM. The company takes part in important industries with significant influence, such as metals and mining, telecoms, and technologies. Furthermore, the global community knows Farhad Moshiri as the owner of Everton, a successful football club of the Premier League.

Farhad was born in 1955, 18th of May in Iran. When he was only 24 years old, he and his family had to flee the country due to the revolution in Iran in 1979. Even though, today he is a successful Iranian billionaire that was not the case in his early career. Farhad underwent his undergraduate studies at the University College London. He obtained a diploma in economics and statistics. He considered himself a professional accountant at the beginning. However, in near future, Moshiri would begin working with multiple giants in financial services, such as Ernst & Young, Deloitte, and Pannell Kerr Forster. After the professional working experience, Farhad quickly acquired the positions of Executive Director and CEO at GNE Group and later at Europe Steel for more than 13 years.

Mr. Moshiri previously owned a significant amount of shares in Arsenal F.C, However, he quickly abandoned his shareholder’s position with the club and sold all of his stakes in 2016. After several days, he purchased the majority of shares at Everton F.C.

Nowadays, Farhad Moshiri is the fifth richest Iranian with a net worth of over 2.5 billion US dollars. 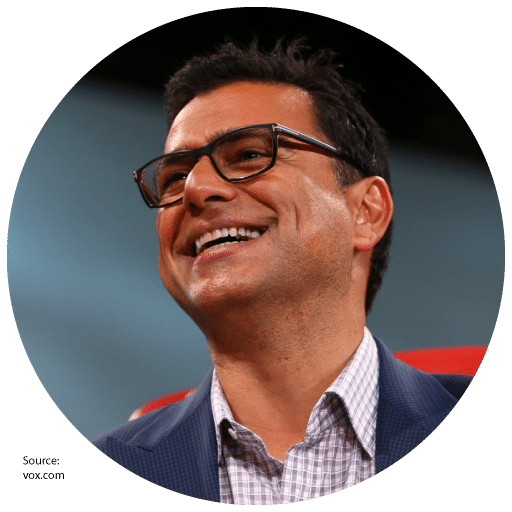 Omid R. Kordestani is a Persian businessman and an executive, who was born in 1963. Omid is famous for numerous reasons. Primarily, his fame comes from the fact that he served as an Executive Chairman at Twitter, Senior VP at Google, and Director of Vodafone. His career is full of successful accomplishments which earned him significant amounts of fortunes and the name of one of the greatest businessmen in the region. He spent most of his childhood in his birthplace, in Tehran, Iran. However, after his father passed away in 1976, Omid moved to the United States, specifically to San Jose, California. He was named the fourth richest man in Iran 2020.

Kordestani began his undergraduate studies in electrical engineering at the San Jose State University. After he acquired the degree, he joined the famous company, Hewlett Packard as an engineer. However, engineering was not the final destination that Omid was looking forward to. He changed his mind about his profession and decided to go for studies focusing on business. Omid enrolled at Stanford Business School to obtain MBA in 1991. His extensive experience within high-technology consumer and enterprise earned him a decent reputation. He became one of the most significant employees at Netscape. Within his coordination at Netscape, the company earned more than 200 million US dollars in 18 months.

Omid Kordestani net worth 2020 is over 2.2 billion US dollars. 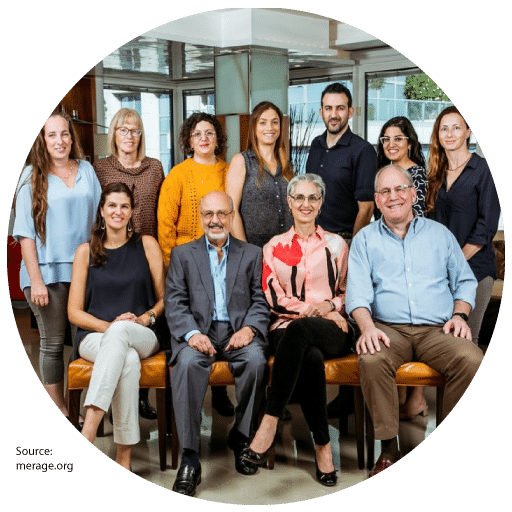 Another wealthy family of Iranian origins is a famous Merage family currently residing in the United States, in particular in Orange County, California. The family, however, has a Jewish origin. The popularity of this family began in the early 1980s. It was two members of the family, David, and Paul Merage who established one of the leading companies of the country, Chef America Inc. The main purpose behind the business of the company was to provide the creative microwavable snack – Hot Pockets. The Chef America Inc. grew at a rapid pace in the 20th century. The company was later acquired by Nestle, the world’s largest food and beverage company, for over 2.6 billion US dollars. Previously the production of Hot Pockets was based in Colorado, however, after Nestle acquired the firm, it moved to Ohio, at one o the headquarters of Nestle.

Iranian billionaires from the Merage family mainly focus on philanthropy these days. For instance, two of the members of the extended family, Paul and Lily donated over 30 million US dollars to the University of California. The University was later renamed in the family’s honor as the Paul Merage School of Business. The Merage Jewish Community Center, which is under the ownership of the family and runs various operations for charitable causes also receives a lot of donations from different members of the family. For example, Paul Merage donated over 3 million US dollars to the community center of Orange County.

The family members of the Merage family are rich Iranians with an overall net worth of 1.8 billion US dollars. 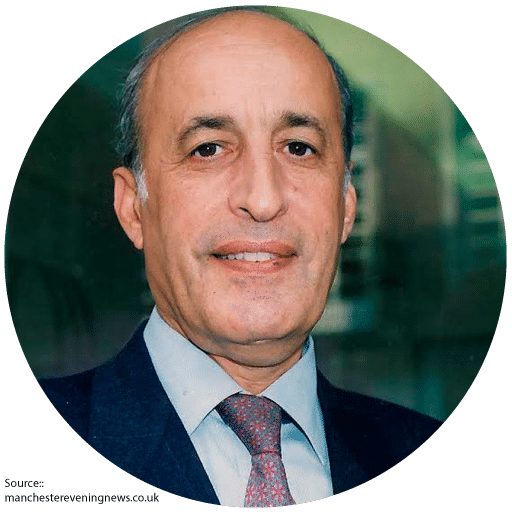 A politician, businessman, and a famous public figure, David Alliance were born in 1932, in Kashan, Iran into a family with Jewish origins. Some say that David was still very young when he already began thinking about how to make business. He worked in the Iranian Bazaars when he was only 14. After 4 years, David Alliance migrated to Manchester, England.

David, Baron Alliance is a chairman and a 33%-shareholder of N Brown Group. The company is a famous clothing catalog retailer. At the same time, he owns multiple shares at various designer companies and is a primary investor of SimilarWeb, the web measurement company. David acquired a number of honorary memberships in various committees and councils and is a senior trustee among many of them. At the same time, he obtained an Honorary Doctorate from Heriot-Watt University.

David Alliance’s current net worth is estimated to be over 1.5 billion US dollars, which makes him the richest Iranian millionaire in the UK.