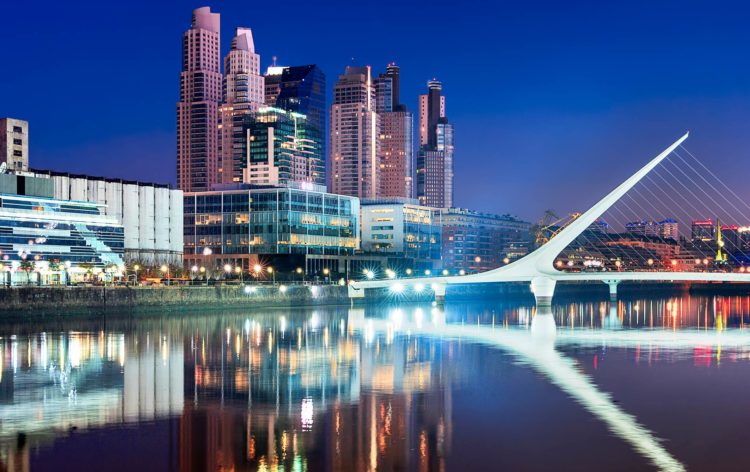 Argentina is one of the most interesting countries for Economic experts. Primarily, the reason for the interest is the unique historical trend that the country underwent for the past few decades. First of all, the world considered Argentina as the top 10 emerging economies back in the 20th century. Secondly, the country had the richest young population at that time in the region. Therefore, the future was very bright and promising for the Argentinian community.

Despite the fact that the country still has a long way ahead to attain the promised economic stability, it produced some of the brightest and wealthiest figures within the past decades. Most of the notable names are, at the same time, highly influential, philanthropist people. They are the ones who contribute a lot to the development of the local communities in Latin America. They range from writers and farmers to executives and entrepreneurs. We prepared an article below to present the lives of billionaires in Argentina and their success stories. 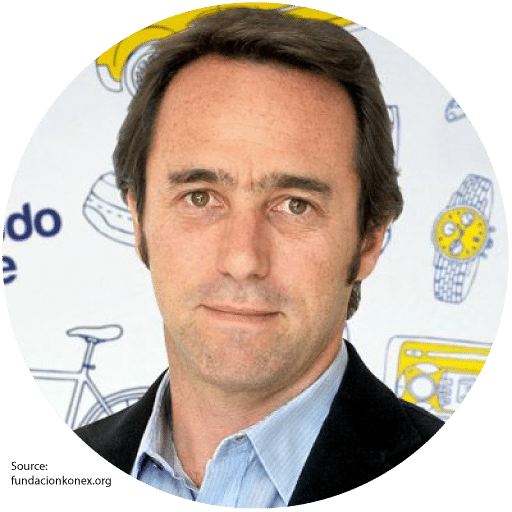 Marcos Galperin is a very prominent face in Argentina, who is currently the CEO of the equally famous company MercadoLibre. He grew up in a wealthy family. His parents owned a huge leather production company under the name of SADESA. As a child, Marcos attended the local high school, however, he pursued his higher education in the United States. His degree focused on finance and he graduated from the Wharton School of the University of Pennsylvania. Later, he acquired an MBA at the Stanford Graduate School of Business.

During his undergraduate studies, Marcos befriended Jose Estenssoro who was the son of YPF’s president. After accomplishing the bachelor studies, YPF hired him to join the company. That was his first career experience. While still enrolled at Stanford Graduate School of Business, the future richest man in Argentina began building his own company with the help of his professor Jack McDonald. Eventually, young businessman managed to attract investing giants, including JP Morgan, Goldman Sachs, and GE Capital, along with many more prominent companies. MercadoLibre was so successful that eBay purchased 19.5% of the shares in 2001.

Marcos Galperin’s net worth is estimated to be over 7.2 billion US dollars. 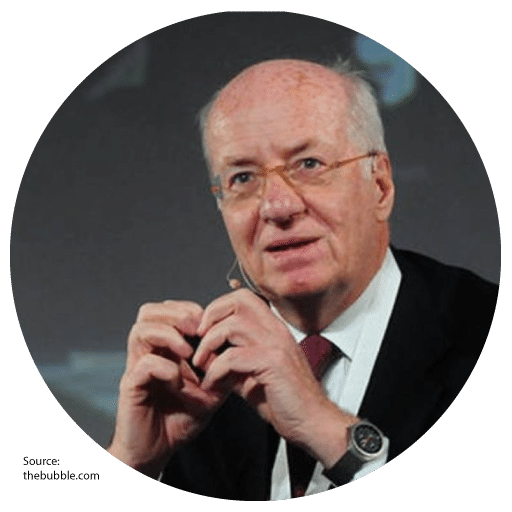 Another important figure in Argentina is Paolo Rocca. Paolo is the CEO of multiple local and international companies. Mainly, his companies operate in the fields of engineering, energy sectors, and construction. At first, he became famous as the CEO of the Techint Group. Rocca’s family members were definitely considered to be rich people in Argentina. Paolo’s grandfather, Agostino Rocca founded the industrial group, Techint and the ownership of the company transferred to the father of Paolo, Roberto Rocca. However, the young businessman still had a long way ahead before he finally acquired the position of CEO of the company.

In the beginning, Paolo took interest in Political Science and he earned a degree from the Universita degli Studi di Milano. However, he quickly realized that he was more into investment and business, therefore, he went to study business at Harvard Business School. In 1985, Paolo eventually acquired an MBA from the university. After accomplishing his studies, Mr. Rocca worked at many different companies. Firstly, he began as an assistant to the Executive Director of World Bank, later he was assisting the Chairman of Techint until finally becoming an Executive VP of Siderca.

Nowadays, Paolo Rocca is the third richest person in Argentina with a total wealth of 3.7 billion US dollars. 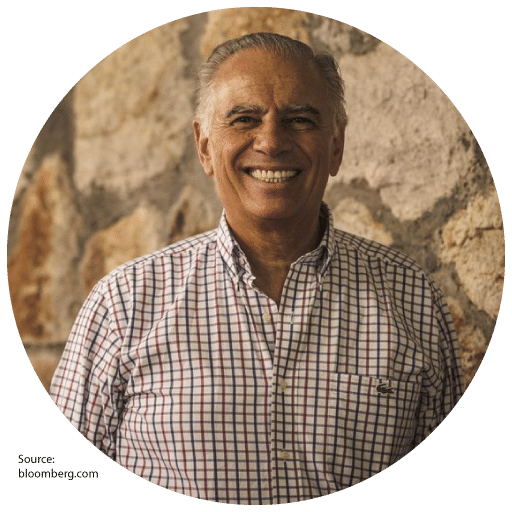 Argentine king of the oil and gas sector, Alejandro Pedro Bulgheroni was born in 1943, on October 24. His father was a wealthy businessman who founded the Bridas Corporation in 1948. Alejandro accomplished his undergraduate studies at the University of Buenos Aires with a major focusing on Industrial Engineering. Afterward, together with his brother, Carlos Bulgheroni, he joined the Bridas Corporation. At that time, the corporation was already the largest private enterprise in the whole energy sector. After the death of his father, Alejandro along with his brother Carlos inherited the ownership of the Bridas Corporation. It is the starting point of Alejandro Bulgheroni’s path towards becoming the second Argentina richest man.

In 2011, the brothers decided to sell half of the shares of Bridas Corporation to CNOOC, which was a Chinese oil company. The deal brought over 3.1 billion US dollars to the Bulgheroni family. After establishing the partnership with the largest energy company in the country, BP, the merger got the name of Pan American Energy Group.

As of today, Alejandro Bulgheroni has a total net worth of 5.4 billion US dollars. 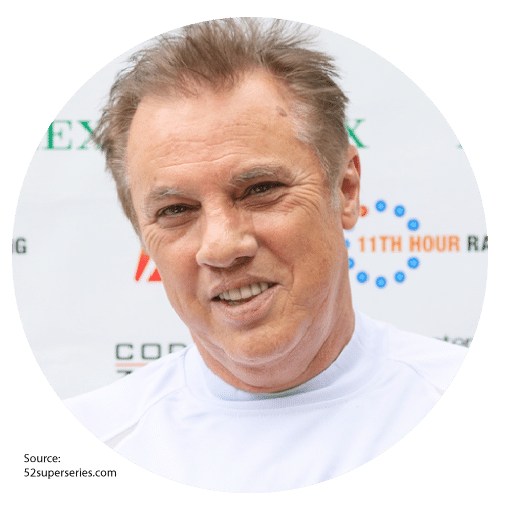 Businessman with German origins, Alberto Roemmers currently resides in Argentina and represents the fourth richest person in the country. He is one of the low-key profile holders in the whole region, however, it does not stop him to be one of the most influential figures in Argentina. He recently joined the list of Argentine billionaires, even though he began to accumulate his wealth way earlier. Alberto is the head of the biggest group in pharmaceutics locally, Laboratorios Roemmers. It was his father who founded the company exactly 100 years ago. In the beginning, the company was distributing its products to over 17 countries within the South American continent.

Laboratorios Roemmers is at the same time famous for philanthropy and regular charity events, such as donations to hospitals, educational programs for state health and etc. The company is also conducting over 1000 research projects that acquired numerous grants from health organizations. Laboratorios Roemmers is no doubt among the top 10 companies in Argentina.

The net worth of Alberto Roemmers is 2.3 Billion US dollars as of 2020. 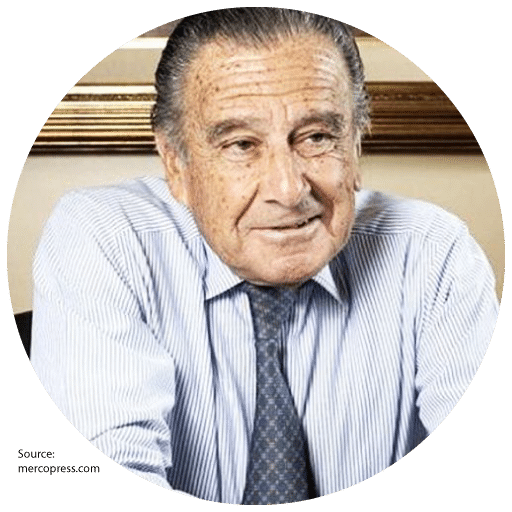 The fifth place holder on our list of the richest Argentinians is Eduardo Eurnekian, who is a local billionaire with Armenian ancestry. His parents migrated to Argentina before the birth of Eduardo. They had a small textile business back in the 1930s. However, very soon the business grew significantly and eventually became one of the largest suppliers of sports apparel PUMA. The Eurnekian family was taking loans from BANADE, the small business lender which accumulated enough funds for Eduardo to purchase a local cable tv station. After 1991, thanks to the economic reformations of the Argentine government, Eduardo Eurnekian got a chance to join the richest people in Argentina. His company, Cablevision S.A became considerably lucrative, and eventually, 51% of its shares were purchased by TeleCommunications Inc. with the deal of over 350 million US dollars.

In 1997, Eduardo decided to sell the rest of his share almost completely to CEI Citicorp Holdings SA, leaving very little of the shares to himself. The deal brought him additional 320 million US dollars. Apart from his cable tv station, Eurnekian also owned interests at various companies, including America TV, small radio stations, and a financial daily El Cronista. He heavily invested in Armenian businesses, as well. His one of the famous deals is an agreement with the Armenian government to manage Zvartnots International Airport. The project’s net worth at that time was over 50 million US dollars. At the beginning of the 21st century, Eduardo was already on Argentina billionaires list.

Eduardo Eurnekian’s net worth as of today is over 1.6 billion US dollars.