Home - Traders Tips - What Are Must-See Films About Financial Trading?
Traders Tips
by ryan on January 17, 2022

What Are Must-See Films About Financial Trading? 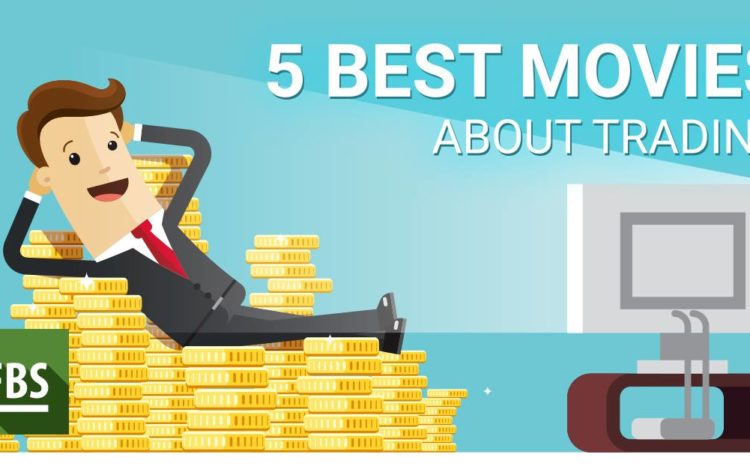 The world of finance, in all its shapes and forms, is the rich source material for films. In the various Hollywood financial films that have been released over the years, there is a mixture of tragedy, humor, innovation, calamity, and redemption. Even though most movies show financial professionals in a less than favorable light, the amazing tales of excess, risk-taking, and of course, greed all make for intriguing films and are compulsory watching for anybody contemplating or currently working in the field.

There is a slew of films available for people with a penchant for financial trading. This may be seen in the film Margin Call, as the management of an unidentified investment bank tries to sell off all of its hazardous assets in a fire sale during the financial crisis. Shorting mortgage-backed securities, a hedge fund manager bets over $1 billion over the long term in “The Big Short.” The following are some films that every financial trader should see.

An American financial thriller, Margin Call is J. C. Chandor’s feature directorial debut film from 2011. During the early phases of the financial crisis of 2007–2008, a prominent Wall Street investment bank provides the setting for the main tale. Following the collapse of the banking sector, a number of workers’ acts are the subject of investigation.

A substantial number of workers at an undisclosed investment bank were laid off in 2008 due to the financial crisis. Eric Dale, the director of risk management, is one among those impacted. Though his efforts to discuss the ramifications of his current research have been disregarded, Dale nonetheless offers his work on it to Peter, an associate in his department, with the warning “Be cautious.” Sullivan is fascinated by Dale’s model and works on it after hours.

Sullivan pushes Seth Bregman, a coworker, to return to work with Will Emerson, the head of credit trading, after studying Sullivan’s results. Emerson then summons Sam Rogers, the supervisor. Dale’s corporate phone has been turned off, making it impossible for the four to get in touch with him.

Audience members will also learn something from this film. Because of the high level of competition and, at times, the brutal character of the sector, many individuals in investment banking may find themselves out of a job despite the fact that the prospective rewards are substantial.

It also demonstrates that a person’s reputation, particularly in business, is more significant than a fortune. Obviously, one may achieve both by putting in the time and work for years on end. However, if one’s reputation is sold at any cost, it might spell the end of one’s professional career.

Too Big to Fail

Another well-known film about financial trading is Too Big to Fail. Stewart McKinney, a US congressman, coined the phrase “too large to fail” during an inquiry into the Federal Deposit Insurance Corporation’s involvement with Continental Illinois in 1984, and it quickly came into common use. Bank bailouts prior to the 2008 financial crisis were also inspired by ideas like these.

Post-global-financial-crisis public discourse has given rise to the phrase. Critics argue that the strategy is ineffective and those huge financial institutions should be allowed to collapse if their risk management is inadequate. “If they’re too big to fail, they’re too huge,” Alan Greenspan said. Using the Great Depression’s widespread failure of tiny banks as an example, economists such as Paul Krugman believe that financial crises are mostly caused by banks being under-regulated rather than their size.

If one of the big financial institutions goes bankrupt, it would certainly have a domino effect on the whole industry, and this might finally bring down the entire economy. When the CEOs and management of these financial institutions take some big risks, they know that the government will have to act to keep them afloat and avoid a systemic collapse of the economy.

Even though we’ve come a long way since the 2008 financial crisis, this film reveals that some of the banking industry’s problems have not yet been remedied.

The unique methods the film uses to illustrate financial products have earned it acclaim. The narrator, played by Ryan Gosling, is often heard speaking straight to the camera.

With a $50 million budget, the movie made $133 million and got high praise for the performances of the actors (especially Christian Bale’s) as well as the directing, editing, and script by Adam McKay.

In the film, several mortgage firms are shown as recklessly lending money. Some individuals acquire 5 mortgages at the same time, while others get such loans even though they have no employment or money. It was a foregone conclusion for those three hedge firms that the market would crash, something that most investors and dealers found inconceivable.

One hedge fund made a 489 percent return on its original investment after taking some risky bets on the stock market.

iFOREX partners with One Tree Planted to Plant Trees in a Global Initiative for a Greener Future
March 21, 2022

MT4 Trading Platform – An Overview of Its Benefits and Drawbacks
March 9, 2022